How To Character Development

A lot of people have asked me for advice on character development. None of these people are technically “real” in the sense that “normal” people might consider “real” but Writers (like you and me) understand that the characters we create are just as real as the people around us. Maybe even more so.

If you think about it, who is more real, my character Andromeda the half-alien, half-elf assassin who speaks her mind and does not let anyone tell her what to do and people don’t understand her because she is smarter than them and has telekinesis, or the guy whose car I backed into outside Target and was very mean about it?

Anyway, Andromeda and some of my other most interesting characters asked me if I would write up something about how I come up with all these amazing characters and I couldn’t say no. Here are some of the tips I’ve picked up.

Write What You Know But Cooler 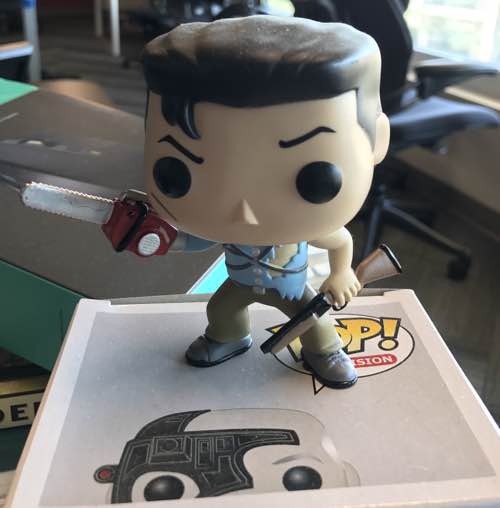 A good writer once said to “write what you know,” and what do you know better than yourself? You are around yourself 24 hours a day, every day, for however many years you’ve been alive. That is a lot of research that nobody is paying your expenses for. Why not make some use out of it?

Your main and best character should have as many of your characteristics as you can put on him or her. Same hair color, eye color, likes and dislikes, hobbies, and job. Ok, so a lot of our characters are going to be writers, but that’s okay.

“But what if I’m fat?” you might ask. “Should my character be fat? Will people buy a ninja vigilante crimefighter who is fat?” Hell no. Things you don’t need to copy from yourself are whether you are fat, how good you are at whatever hobbies and job you share with your character, how tall you are, and how attracted people are to you. If you can shoot one free throw out of ten but your character dunks on LeBron, that is really a minor nitpicky detail. The point is you can play basketball.

“What about my sense of humor?” you might ask. “I have a sense of humor but nobody likes my jokes in real life. Should my character also be bad at jokes?” No! It is the people in your life who are wrong. Don’t put people like that in your story. Have your character make the same exact extremely funny jokes you would make, but have all the other characters laugh at them, like reasonable people would.

There’s no point having a great main character if it’s surrounded by a bunch of no-fun dullards. You have to elevate the other characters too, to make the whole story good.

Backstory isn’t that complicated. Kill someone who was really close to the character, like a parent, or both parents, or a kid, or a spouse, or a pet. I know you’re thinking, “Whoa! That’s another character I have to develop.” But you don’t. Dead people don’t count as characters, so you just need a name and favorite thing they had, so the main character can be sad whenever they see that thing.

This is really important because it gives your character motivation for revenge. “But there’s no revenge in my story,” you might say. “I’m writing a modern-day exploration of a family dealing with divorce and cultural conflict.” First, you should probably put some revenge in your story. Maybe the divorce lawyer did a bad job. Nobody wants to read a story without any revenge in it.

But if you are really set against it, here’s how a tragic backstory can help. Maybe your character is going to do something people don’t like, because they are gritty and realistic. In order to remind readers this is a cool character they need to like, you can follow it up immediately with them being pensive about their dead relative. Now your readers will feel like dicks because they were judging this person who had a dead relative the whole time. How bout they settle down and leave the judging to you from now on.

You probably heard a lot about showing vs. telling. Showing someone is sad about their dead relative would be something like this:

I’m exaggerating a bit for effect, but it’s easy to see which way is better. Telling. Look how much faster we got to the point.

A lot of haters like to say that this takes the emotion out of a moment and that you’re supposed to use evocative language to make the reader feel sad too. But that’s a really easy problem to solve.

And if your reader won’t be sad when you tell them to be sad, then maybe it’s time to tell them that a couple of characters they hated actually have really tragic pasts, so they’ll feel guilty again.

Who’s telling the story here, you’re saying, me or you? If you want to write this book, you come over here and do it. Otherwise shut up and be sad.

I hope this helps you, and Andromeda, and anyone else reading this to write better characters. Please share your new and improved writing with me and maybe I will include an excerpt in my next article.